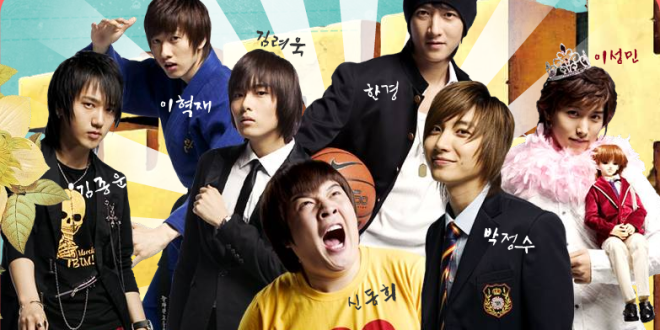 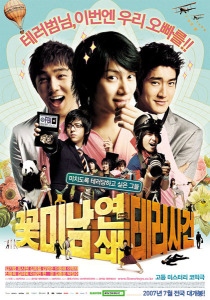 The Korean Culture Society continues its Free Korean Movie Night with a free screening of Attack on the Pin-up Boys.

On Valentine’s Day, class heartthrob Sungmin is attacked by an unseen foe, and hit with a bag of feces! A month later, a similar attack occurs on another school’s most beloved male student – and again, a month later at another school! A rumor begins spreading about which school the attack will happen next, and the studious Kibum decides he’s going to crack the smelly case wide open! The attack could be headed toward any number of dreamy students– and time is running out! Packed with hilarious, unpredictable humor, Attack on the Pin-Up Boys stars eleven members of the K-pop super group, Super Junior!