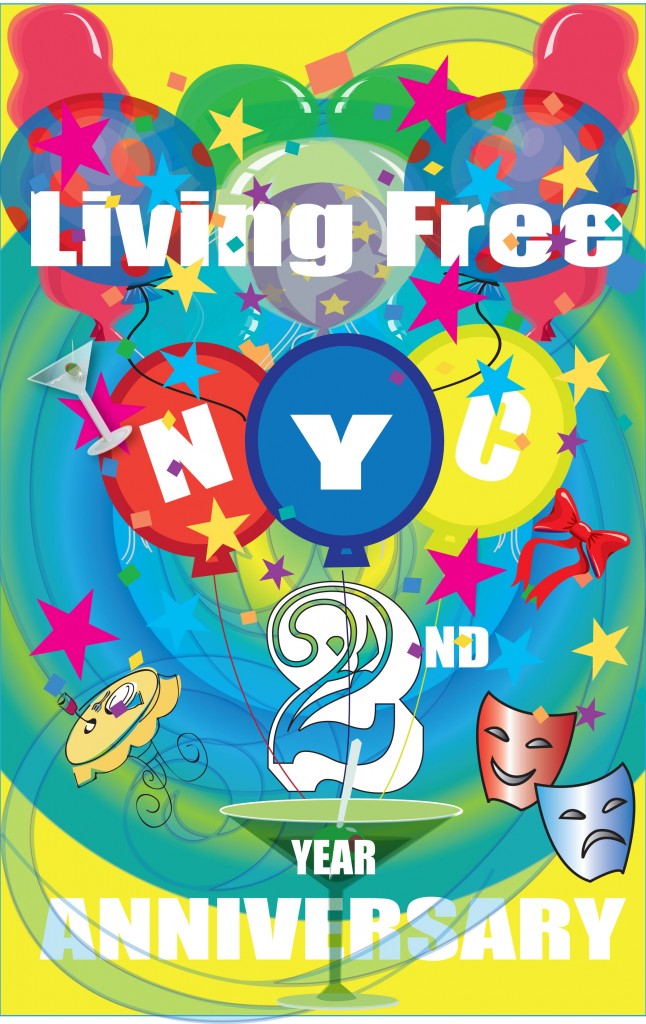 Come out and celebrate our 2 Year Anniversary with an awesome FREE Comedy show with Recess! Can you believe its been 2 years that LivingfreeNYC has been around? Well we couldn’t think of a better way to commemorate than to host a week long celebration with some of our favorite weekly events.  Start your week off with a laugh! Funnymen Rich Mercier and Jon Lang will be on deck hosting at the awesome King’s Cross !! Plus we will be giving away a pair of tickets to Broadway’s Next Hit Musical.  Expect the same great show with an awesome lineup of comedians. As usual there is no cover, and great drink prices. Get there early 7:45!!