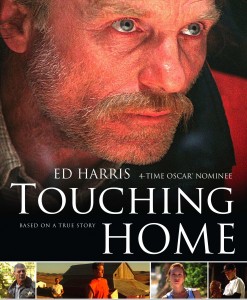 Join Logan and Noah Miller as they discuss their feature film debut, the autobiographical “Touching Home.” The film stars four-time Oscar nominee Ed Harris as a father struggling to make amends with his twin sons as they pursue their dreams of professional baseball. Not only did the Millers write, direct, and produce the film, but they also star in leading roles.