NYC Theatrical Premiere of Everything’s Strange and New at reRun 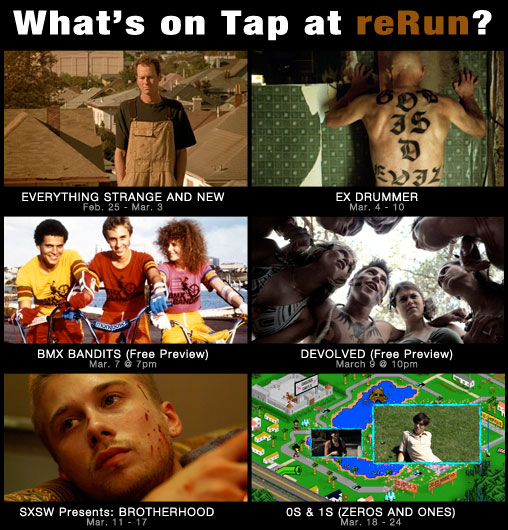 Head out to reRun for the last night of the One Week NYC Theatrical Premiere of Everything’s Strange and New. The Spirit Award Winning movie will be presented in Blue-ray and doors open 1 hour early. Come early for liquor and snacks.

Wayne (Jerry McDaniel) is a carpenter, no longer young but uneasy with the emotional complexities of fatherhood, a faltering marriage, and a submerged mortgage. Struggling to balance his own appetites and expectations with those of a friend in need, his newly-divorced drinking buddy Leo (Rigo Chacon Jr.), Wayne’s aimless hours with him offer some relief to the heavy gravity at home, where his kids run roughshod over his increasingly unstable wife (Beth Lisick). Living between these worlds leaves Wayne feeling like a character in someone else’s story. Ultimately, a violent spasm rouses him from this fevered American dream.