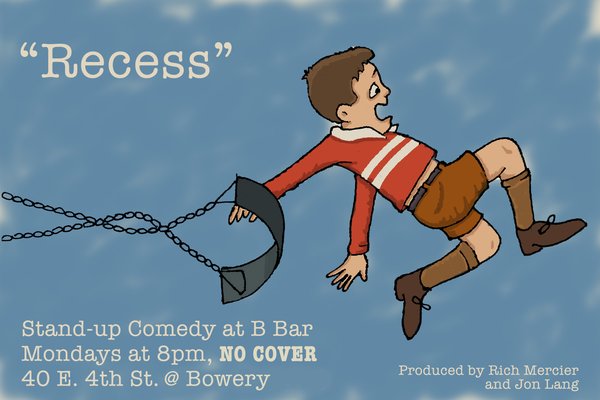 Come join Recess tonight for their one year anniversary. It’s going to be a hot free comedy show: Matt McCarthy (the cable guy on verizon ads), Ali Wong (best of San Fran), Sean Patton (Montreal comedy festival), and much more. It is surely not to be missed!

Recess at B Bar showcases some of NYC’s most original comedians, including those featured on Comedy Central, Conan O’Brien, David Letterman, comedy festivals, etc.

Funnymen Rich Mercier and Jon Lang  present a fun, laid-back comedy show at the LES’ legendary B Bar (great food, lovely bartender). There’s no cover and some of the the best comics in NY perform for your amusement (and drink tickets.)