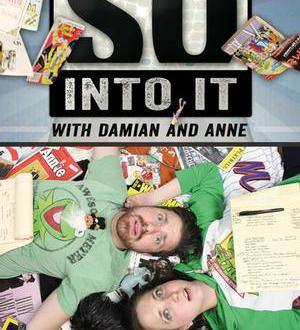 So Into It: A Fanatic Variety Show

Damian (My High School Boyfriend Was Gay) spent his childhood in Philly obsessing over Garbage Pail Kids, X-men comic books, and the board game Clue. Anne (The Martha Rayes) wrote fan letters to the NBA dream team and love letters to Daniel Stern from her waterbed in Missouri.

When these two idiots met, a mutual sick fanaticism took hold. Join these pop culture savants as they gush over their favorites and invite the most exciting comedians, writers, and performance artists to explore their own obsessive tendencies.