South Africa in Focus Film and Discussion Series:Hell of a Job 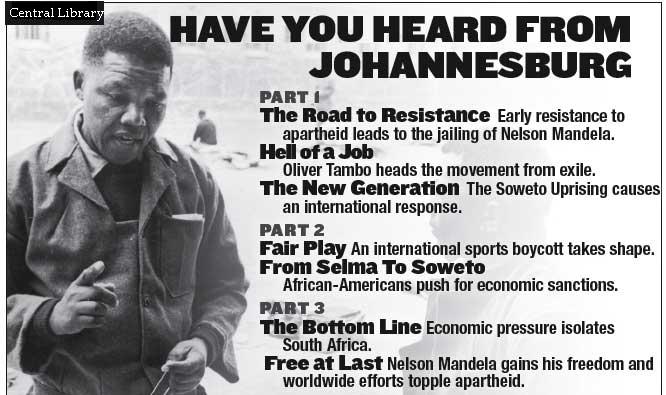 Stop by the Brooklyn Central Library for their first film of their seven-part documentary series Have You Heard from Johannesburg? Oliver Tambo heads the resistance from exile, as the opposition from within South Africa has been effectively crushed. A worldwide movement begins with support from the Soviet Union and Sweden. This film is second in the seven-part series Have You Heard from Johannesburg? While it is recommended that the films be seen in order, it is not required for comprehension of the series.