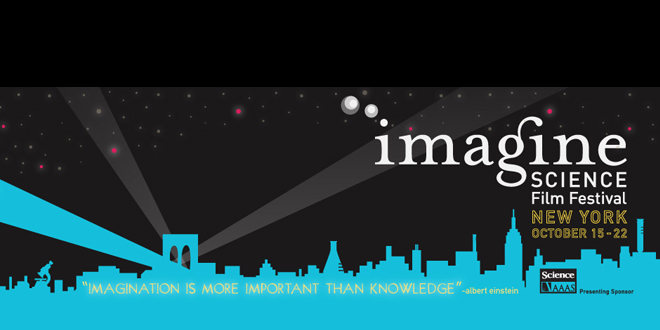 The 3rd Annual Imagine Science Film Festival, which runs from Oct 15-22, will host an evening of short quirky science films at the Bell House in collaboration with the Secret Science Club. The objective of the Imagine Science Film Festival is to encourage a greater collaboration between scientists who dedicate their lives to studying the world we live in and filmmakers who have the power to interpret and expose this knowledge, ultimately making science accessible and stimulating to a broader audience.

Dance Your Ph.D. Contest :
Taking science to the dance and back again

Brought together by their love of simple melodies, 16mm films, cartoon doodles, classical and folk instruments, and experimental pop music, Balún was formed in 2002 in San Juan, Puerto Rico.

(In 2006 the band released their first album “Something Comes Our Way” (Brilliante Records) after years of self-releasing CD-Rs and MP3-EPs on different labels. This debut album received critical acclaim from various media outlets such as Allmusic.com, Textura, The Big Take Over, The Tripwire, and Flavorpill. Since then, the group has released new songs and remixes on different compilations appearing with artists from all over the world such as B. Fleischmann, Lullatone, Fax, Montag, I Am Robot and Proud, among others. The band moved to the United States in 2006 and has performed on venues around the country and festivals/parties such as Decibel Fest, Pop Montreal, 8STATIC and FMEL 2009. They have also collaborated with illustrator Tatiana Arocha on a short film for the DVD series PSST! and with Puerto Rican experimental theater company Y No Había Luz.

Their new mini-album, “Memoria Textil”, was released in February 2010 as a limited edition CD-R and pay-what-you-wish digital download and the group is currently working on their 2nd full length which will be released by the Brazilian collective Si No Puedo Bailar.)