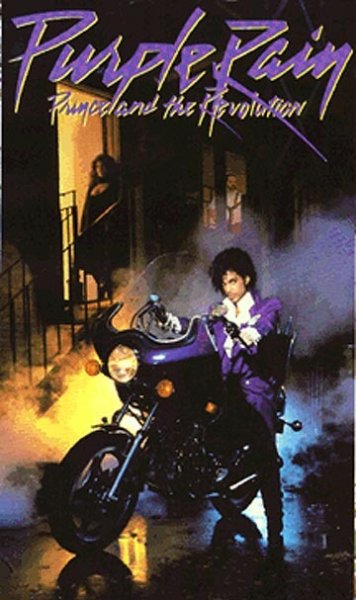 On July 27th, 1984 a film was released that had a soundtrack that is hands down one of the best albums ever made. That movie was Purple Rain. And while the movie itself isn’t making any Top100 lists anytime soon it’s still an awesome movie that is incredibly Sing-Alongable. To honor the anniversary of this momentous work of art we’re hosting a Purple Rain Sing-Along at Union Hall!

To show our love of all things of the artist formerly known as The Artist Formerly Known as Prince now known again as Prince, we’ve not only subtitled the awesome songs in Purple Rain but we’ve also got music videos like Little Red Corvette, Raspberry Beret, Kiss, 1999, Cream, Sexy MF and more to Sing-Along to!

Before the show we’ve got some great Prince related clips from TV, movies, the Chappelle Show, interviews, live concerts and more to make the night even better. Drink some themed drinks like the Raspberry Beret, Cream, Dove Tears, Sexy MF and more while you watch!

On top of that we’ll be throwing Prince inspired contests beforehand to win some people some free drinks! Prepare to get your sexy on.