The Secret Science Club Goes Off the Grid 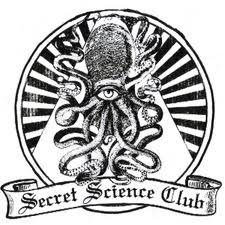 What was here before New York City? Ecologist Eric Sanderson wanted to know—and his curiosity turned into a decade-long environmental and cartographic investigation. To discover what Manhattan looked like 400 years ago, he mined through historic documents and scientific data—and digitized everything. The resulting 3D maps revealed a lost world of diverse ecosystems: Forests covering what’s now Times Square. Beavers in Greenwich Village. Wolves pacing the Lower East Side.

Now, with Manhattan under his belt, Dr. Sanderson has expanded his project to embrace all five boroughs and to explore the city’s future as well as its past. He asks:
–What will NYC’s ecological footprint look like in the year 2411?
–What remains of forgotten ecosystems? Do ghost-like streams still flow? Do native species survive?
–How can citizens, scientists, designers, and artists reintegrate and re-connect with nature in the city?
–What wildness pulses beneath the Secret Science Club’s Bell House lair? Does the city’s lost wilderness lurk beneath your neighborhood?

Eric Sanderson is a Senior Conservation Ecologist at the Wildlife Conservation Society, author of Mannahatta: A Natural History of New York City, and founder of the Welikia Project.

Before & After
–Groove to geo-referenced tunes
–Sample the cartographic cocktail of the night, the “Urbanist”
–Stick around for the uncharted Q&A

No cover. Just bring your smart self! Doors open at 7:30 pm.