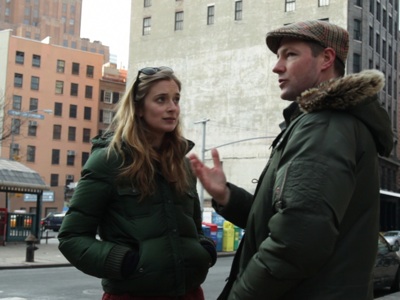 From The Apple Store Soho:

Join filmmaker and actor Ed Burns as he discusses his new film, “Newlyweds.” Referred to as a “companion piece of sorts” to his previous work, Sidewalks of New York, which followed the interwoven lives and loves of six New Yorkers, “Newlyweds” takes place entirely in Tribeca.