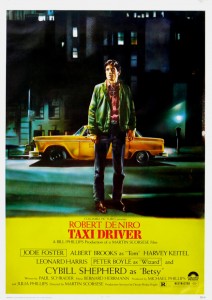 For the month of January Tribeca Hotel is doing an ode to New York City. Every Sunday evening at 8:30pm you will be able to enjoy free screenings of the best classics that pay homage to the Big Apple! Tonight’s Free Screening will be the 1873 film Taxi Driver.

The Martin Scorcese’s directed Academy Award Nominated Film about a  mentally unstable Vietnam Vet, played by Robert DeNiro, who works as a taxi driver in the crime-filled streets of New York City in the 1970’s.