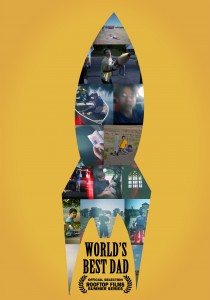 Rooftop Films, New York Magazine and the Andaz Salon Series present an exclusive FREE screening of Joshua Gross’ debut Feature, World Best Dad. Enjoy complimentary snacks and spirits as you join brothers Miles and Matt as they ride across America on a mission to build a home-made rocket, steal their father’s remains, travel to the Nevada desert and blast his ashes into space.

Stay after the film to enjoy drinks with director Josh Gross and stars from the film.