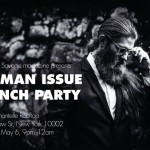 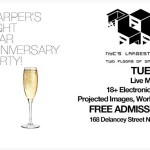 Come out for NYC’s largest electronic music showcase for the Warper’s 8 year anniversary party. Guests will enjoy live music, workshops, interactive art and 5 specials on Red Bull and any rack liquor till 10pm. Plus: Live silkscreening by Bushwick Print Labs *bring a shirt to get printed or buy a shirt on site Video installation “RGB Values” by RGB Projected... Read more » END_OF_DOCUMENT_TOKEN_TO_BE_REPLACED

One Night Only: An All-Star Comedy Tribute to Don Rickles 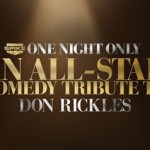 The biggest superstars in comedy will come together on Spike TV to celebrate the legendary career of one of their most beloved icons – Don Rickles. “One Night Only: An All-Star Comedy Tribute to Don Rickles” will feature luminaries from the world of comedy, television and the silver screen including David Letterman, Jerry Seinfeld, Jon Stewart, Robert De Niro,... Read more » END_OF_DOCUMENT_TOKEN_TO_BE_REPLACED